Metlife was in the midst of a reorganization of its web operations team and were in need of business analysis for its many public-facing and internal tools and websites. The main focus was to improve client portals and internal monitoring tools.

MetLife's client portals make up the vast majority of its online footprint. These self-service sites are accessed by millions of employees through their employers, companies that offer MetLife products to their staff including life and dental insurance as well as 401K and other financial services.

The companies could choose various tiers for the online experience, some with proprietary branding and messaging. But regardless of the tier, the portals were meant to serve the employee and make it as easy and straightforward for users to access their insurance and financial information in just a few clicks.

Working in a team of two with the PM, I was in charge of most aspects of the redesign including competitive analysis, user research, wireframing and development. 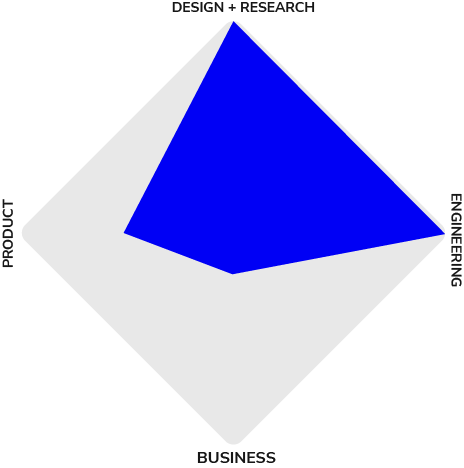 Scalefast's growth was on-par with most of its closest competitors but what set it apart was its impressive portfolio of AAA game studios including Sega and Square Enix. The company's valuation nearly doubled in a few short years and a fresh round of funding enabled the company to expand its digital footprint.

Original blog content was the main driver in the company's search engine visibility and a linchpin for its strong presence in the industry's digital space. The blog however lacked a cohesive design and the existing design was clunky and difficult to read and manage by authors. Competing companies were simply doing it better.

After competitive analysis and user interviews, mostly conducted with company stakeholders, I created a set of low-fi wireframes to share with leadership. The wireframes were then iterated on based on feedback. I also created some prototypes within the existing CMS in order to test existing site functionality and to ensure the new design would work as expected.

After the low-fi wires were approved by leadership, I developed the template and deployed it to the experience. I also delivered a user guide for the internal authors to follow when using the new template.

For several weeks, we conducted an A/B test, comparing the new treatment with the existing template, the control. We found that users spent up to 200% more time on blog posts with the new design and even more importantly, the new blog template was funneling users to the sign up page and conversion increased by nearly 30% according to early tests.

Since blog posts were a main driver in SEO value and regularly occupied the top spot in Google searches, users were being introduced to the company by initially landing on the blog. And because a content-relevant CTA was now situated in the blog template, readers were being converted to potential customers in a short and effective funnel.